Interference of light waves passing through a double slit, drawn by Thomas Young.

The nature of light has puzzled scientists and philosophers    for hundreds of years. Since the greeks it was known that light rays travel in straight lines (from works such as Euclid's Optica), but the nature of light was debated. Some thought light rays are particles that left the eye until they reached the object you see, while other thought it to be a part of the basic element of fire.

The first true scientific explanation of light based on experiments was Isaac Newton's book Opticks,  which was first published in 1704.  In this book Newton explained experimental observations such as reflection and refraction.

Reflection is the phenomena that light will reflect at the same angle that it hits a refractive surface: 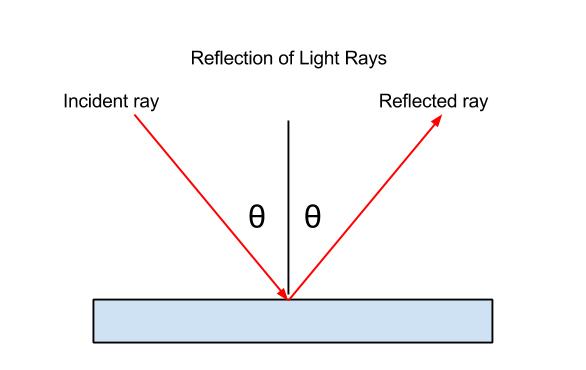 Refraction is the phenomena that light will change direction when entering a different medium: 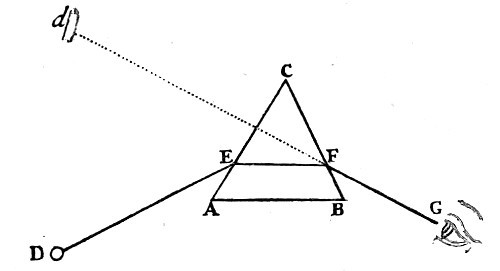 Light refracting through a prism. From Newton's Opticks.

In this book Newton  theorized that white light was made of different colors, and that  each color refracts differently through a denser medium. Thus he explained how when light passes through a prism it spits up into different colors. 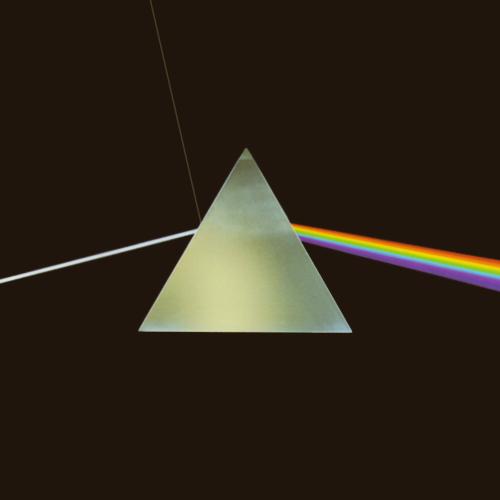 White light splitting into different colors when passing through a prism. You can see the entering beam of white light, a small beam of reflected white light, and a colorful beam of light exiting the opposite side of the prism.
Album cover of Pink Floyd's "The Dark Side of the Moon".

Newton theorized that light was a particle and explained refraction by having the light particles accelerate do to gravity when entering a denser medium. This idea, that light is a particle, was extremely popular in until the early 19th century when the opposing theory, that light is a wave became more popular.

The idea that light is a wave was first developed in the late 17th century by Robert Hooke and   Christiaan Huygens, but wasn't popular at first. It was popularized in the beginning of the  19th century when this theory could easily explained the phenomenon of diffraction and interference, as shown by the famous double slit experiment first conducted by Thomas Young. 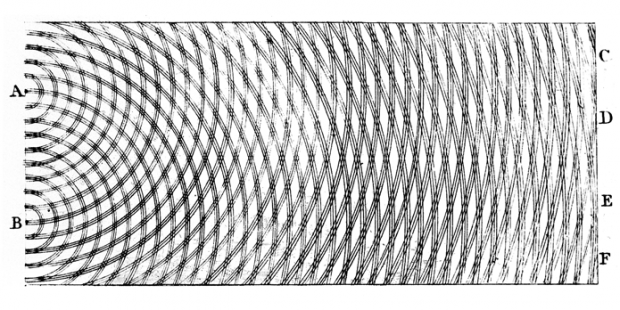 Interference of light wave when passing through a double slit, drawn by Thomas Young.