Albert Michelson started experimenting with light interferometers  in early 1880s to try and measure the speed of light in different directions. An  interferometer is an apparatus that splits light at right angles, using a half mirror, and then measures the interference of the beam of light with itself. Using this apparatus he thought he could measure the difference in the speed of light in each direction and thus measure the relative motion of the Earth and the aether. However the apparatus he used in his  early experiments from 1881 was not precise enough.

A diagram of one of Michelson's early interferometers. By Albert Michelson.

Because of this, he teamed up with Edward Morley in 1885 and created a more accurate apparatus. The new apparatus used multiple mirrors to increase the path length of each side, thus making it more. Sketch of the Michelson-Morley interferometer. The light bounces off multiple mirrors making it more sensitive. From their 1887 paper: On the Relative Velocity of the Earth and the Aether.

An interferometer works by splitting a beam of light into two perpendicular beams, and then combining them back together. By looking at the interference pattern of the combined beam you can calculate the different speed of each half beam. With this, they could, theoretically, measure the difference in speed of each path and thus measure the relative  velocity of the Earth and the aether.

They published their findings in the 1887 paper named  On the Relative Motion of the Earth and the  Luminiferous  Ether  in the American Journal of Science, In this paper they reported an insignificant  result, and bounded the relative  speed  of the Earth and the aether to be less than 1/6 of Earth's orbital  speed. 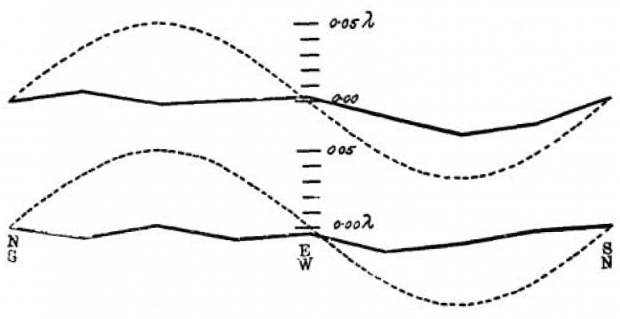 This null result puzzled many scientists at the time, who were unable to explain it using conventional theories.  Hendrik Lorentz tried to explain this result using a clever mathematical trick, length contraction. His alteration of the classical theories was the mathematical foundation on which Einstein  built his theory of special relativity.