In physics, waves are disturbances or oscillations passing through a transmitting medium. Waves transfer energy, but they don't transfer matter.

A sine wave on a string. The blue particle moves up and down while  the wave travels to the right. The wave transmits energy but not matter. From wikipedia. 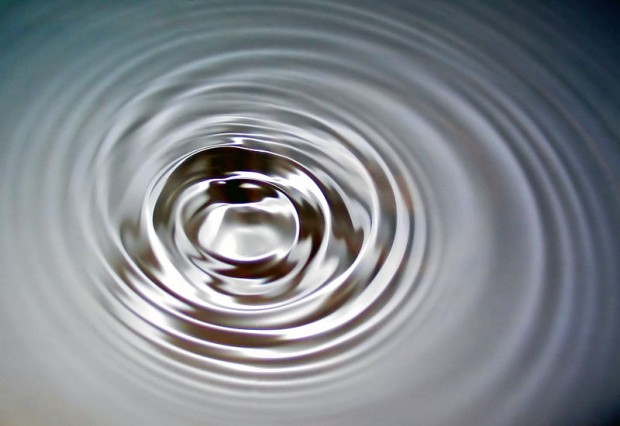 The wave's propagation velocity is determined only by  the transmitting medium's properties.

Earlier we have met the theory that light is a wave. Thomas Young was able to show interference in light waves, as well as connected the lights wavelength to the color of light. Furthermore, he was able to explain the phenomenon of refraction through the change of propagation velocity when light passes into a different medium, as the same thing happens to other waves:

A plane wave enters a different medium where it travels at a slower velocity. As a result its angle changes - it is refracted. From wikipedia.

There was only one problem: if light is a wave, it must travel through a  transmitting medium. As light wasn't a regular displacement or pressure wave, and can travel through vacuum, there must be some  transmitting medium that fills all of space. This medium was called the luminiferous aether - a  light bearing medium. The properties of this medium need to allow the propagation of a wave of light.